We report results obtained by an extensive measurement campaign over a live HSDPA network involving more than 3000 flows resulting in around 60 hours of active measurements. The considered TCP variants are the following:

The experimental evaluation has been carried out by accessing the public Internet using a commercial HSDPA card (see figure below) and by employing the linux Kernel 2.6.24.

The following instantaneous variable measurements have been collected by using the libnetmeas library:

The main findings of the investigation can be summarized as follows:

Results of the experiments and Conclusions

Reasons not to deploy TCP Bic/Cubic are rooted in its more aggressive probing phase. In particular, in common network conditions, TCP BIC/CUBIC exhibits: 1. a larger RTT average wrt to TCP NewReno or TCP Westwood+; 2. a larger number of retransmission wrt to TCP NewReno or TCP Westwood+; 3 larger throughput but same goodput wrt toTCP NewReno or Westwood+. In other terms, its more aggressive probing increases both throughput and retransmission but leaving unchanged the goodput that is neutral for the users but negative for the network. 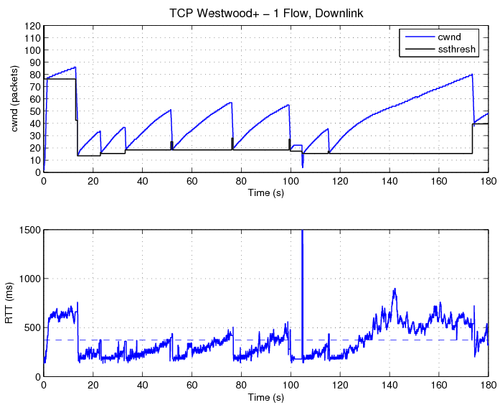 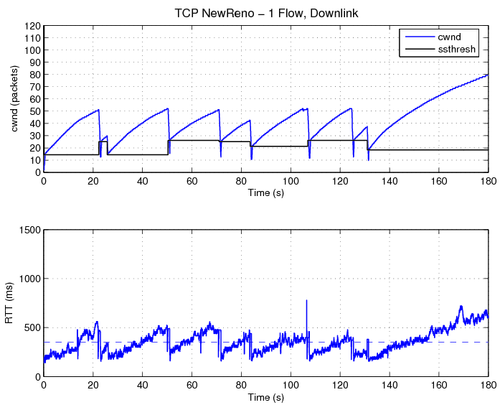 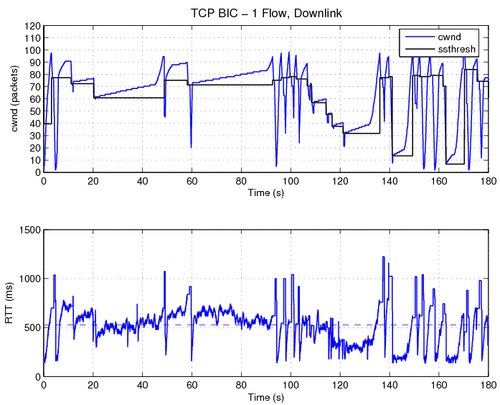 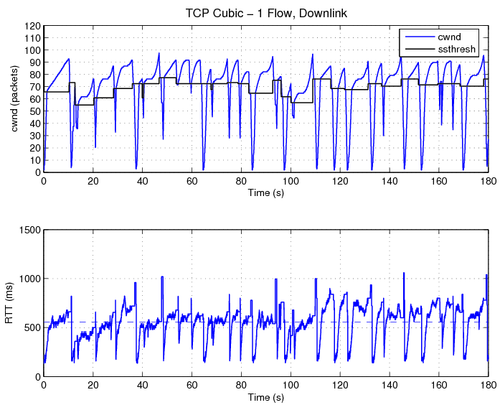